It is MassOps mission to return America to the rule of a legal Constitutional government that serves its citizens with respect for human rights. We will resist and expose Fascism and tyranny in all forms. We will resist and expose the police state. We will never elevate partisan interests over national interests. We will exercise our natural rights as humans and our constitutional rights as Americans. We will be open and transparent in our actions. We will never fall silent in the face of oppression or injustice.

Our next announced activity!

On Sunday August 4th we will be hosting the BRICnic at 3:00pm we'll be serving hot dogs and probably a vegetarian option w/ water so please join us and bring a dish if you can. Restore the Fourth will be joining us and celebrating Orwell Day (1984 on 8/4) with a panel of speakers. The BRICnic will be held in the park behind the BRIC (Boston Regional Information center- also known as the Fusion Center) which part of the Boston Police Headquarters, the address is: 1 Schroeder Place Roxbury MA 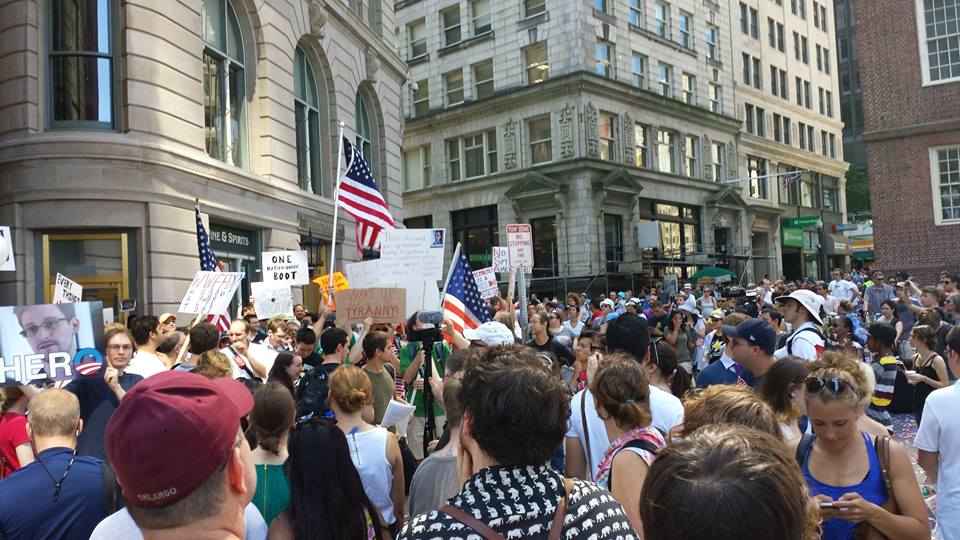 http://massops.weebly.com/ongoing-operations.html
Massachusetts has been out of control. We have had an activist bullied to death, the marathon bombed, our capital city held under martial law, and many smaller important issues. Authorities have been directly responsible, at a minimum, for the death of Aaron Swartz and Martial Law- and as we look further into the bombing the official tale stops holding water. We are anonymous citizens of the commonwealth and we demand real answers and real justice. We will not be intimidated by the rifle bearing military style police in the streets- nor by the terrorist bombs left to kill and maim the innocent. We will stand up for liberty, freedom, and truth. Massachusetts has a long proud revolutionary heritage and those who attempt to rule without the consent of the people will find no quarter in our state.

The federal US government is likewise out of hand. The patriot act wiretaps have been renewed, the NDAA indefinite detention clause is law- or is the lack thereof, and as we focused on the bombing here CISPA (the internet silencing bill), and a bill allowing congress to do insider trading without punishment passed. Our Attorney General wants to assure us that killer drones will only be used to execute citizens in extreme undefined circumstances... DHS has stockpiled billions of rounds while gun control and bans are being pressed on citizens. Things are not well.

We are unfurling a new banner here in Massachusetts- #Massops- under which will fall our operations undertaken to address these issues and any other issues that arise that are not being handled correctly (or are being caused) by those in power. We will bring both LULZ and serious dissent to the streets. We will troll our government and the police state because they have earned our disdain.

People of Massachusetts we are your friends, family, and community: We are your peers. We look to address concerns that affect you. We see that the way this state and the nation are run does not represent your will- and you are the sovereign power. In America and no where else the power belongs to the people, and those who wield it currently do so fraudulently and tyrannically without the consent of we the people. We speak out against the system which holds us all down, and steals our voice. We will not play nicely with those who rob and mistreat the people. We are #MassOps.

This Documentary Explains so Much about who we are, and why we're here.  The Class War is ON!