We are engaging OpIDPBoston in solidarity with anonymous and privacy activists around the world. June first 2013 we will open your eyes to see the eyes that watch your every move in both the cyber and real world.
Given the Snowden leak we believe the time is right to push back against the unchecked unconstitutional surveillance and we're continuing this Op to do so

International Day of Privacy rally at the Fusion Center in Boston Ma: June 1st 2013 from 2:00-5:00 PM at 1 Schroeder Place Roxbury MA IDPBoston went off peaceably and well. Thanks to those who attended.

IDPNSA Friday June 14th 2013 gathering at Dewey Park (across the street from South station) at 4:00pm Days after IDPBoston The NSA info grabbing scandal hit the mainstream with the leak about Verizon's participation in the surveilence of citizens. MassOps will be holding a similar peaceful assembly at the Verizon HQ to spread the news about Verizon's part in the DHS Surveillance State. Cease and Desist march went well with little police interference

July fourth Restore the Fourtharound two hundred people spent July Fourth demonstrating with us around Boston. We listened to the reading of the Declaration of Independence, sidewalk chalked the Commons, did some Cease and Desist actions at NSA sponsor stores, and made public speeches in crowds. Thanks to the many of you who marched in the heat with us!

July ninth: Rally at the Statehouse and testimony to the Ma state Legislature on privacy.

Sunday August 4th: The BRICnic begins at 3:00pm we'll have an informative picnic in the park behind the DHS fusion center. Restore the Fourth will be joining us and celebrating Orwell Day (1984 on 8/4) with a panel of speakers. The address is: 1 Schroeder Place Roxbury MA 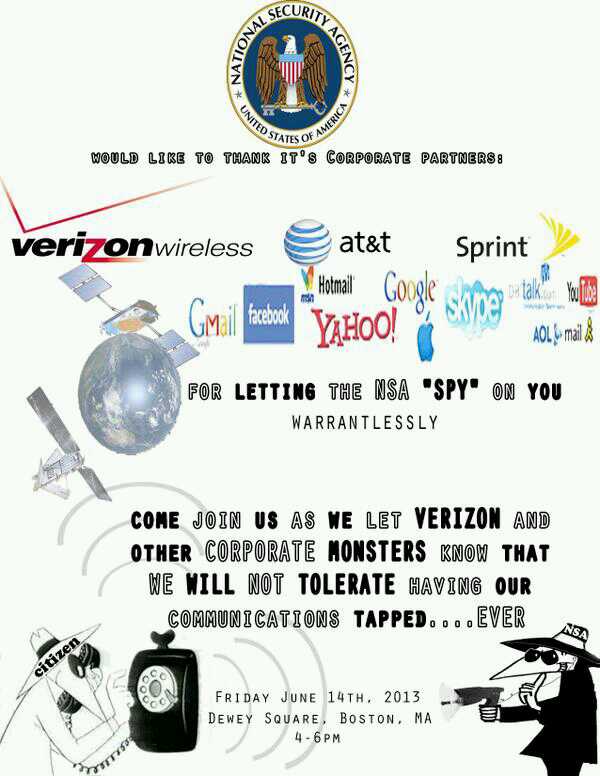 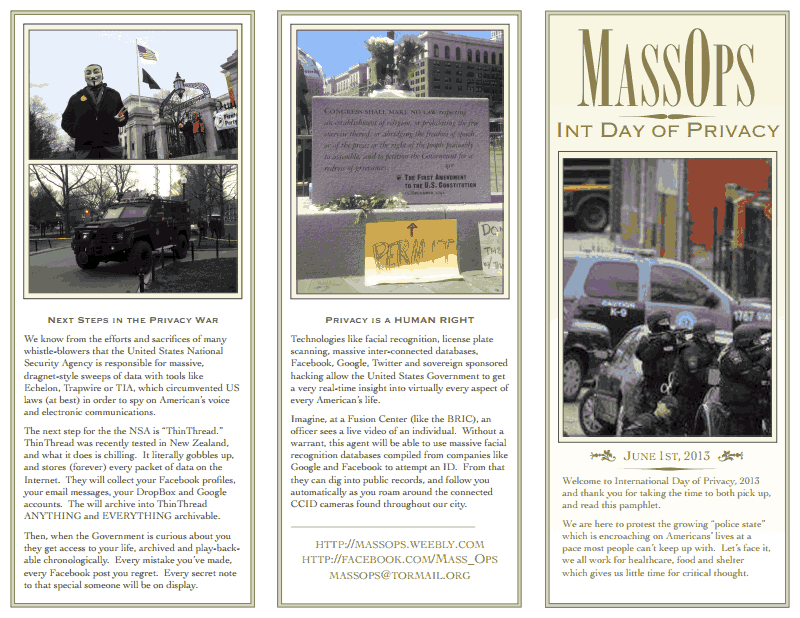 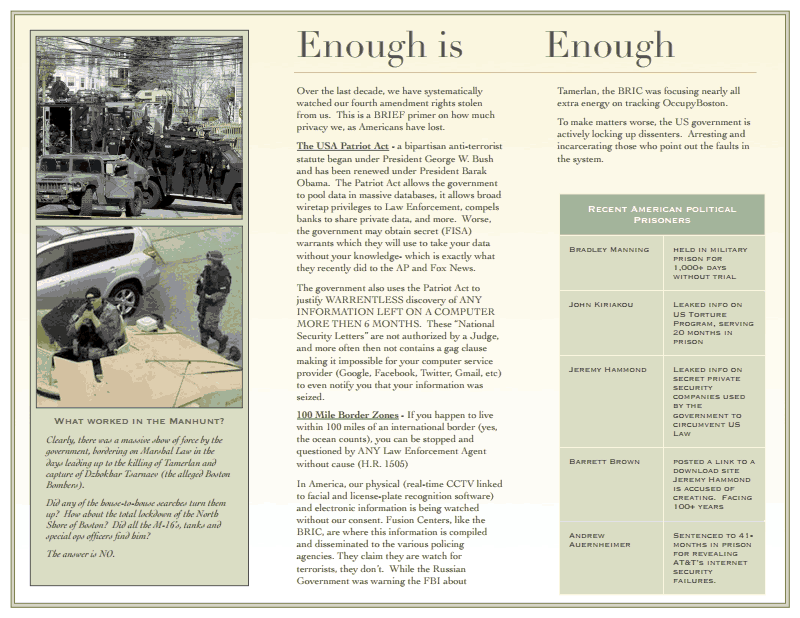 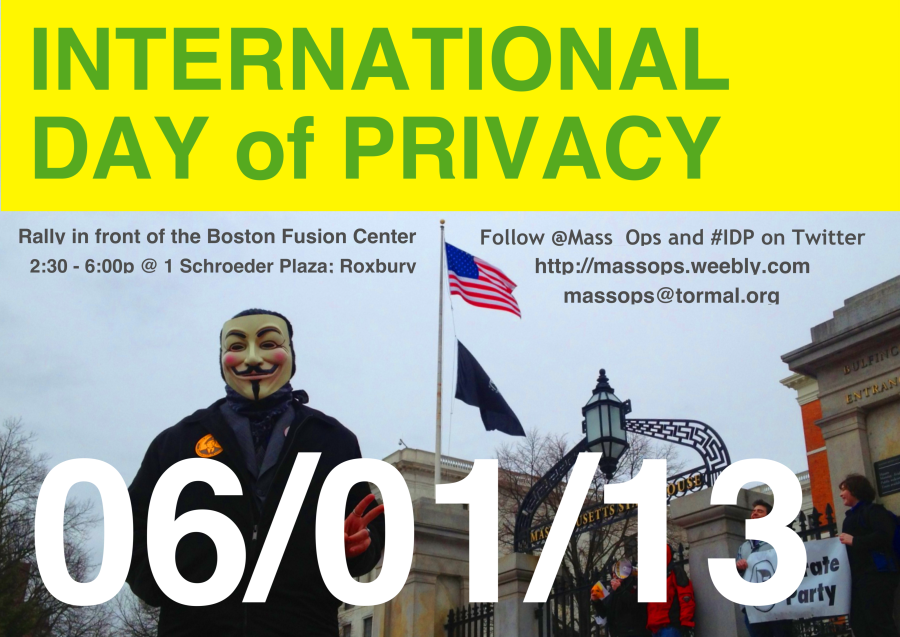 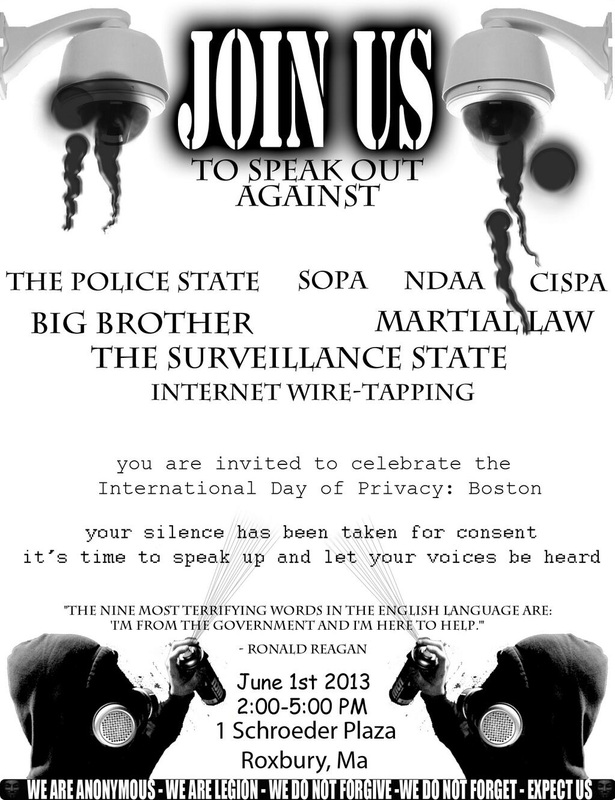 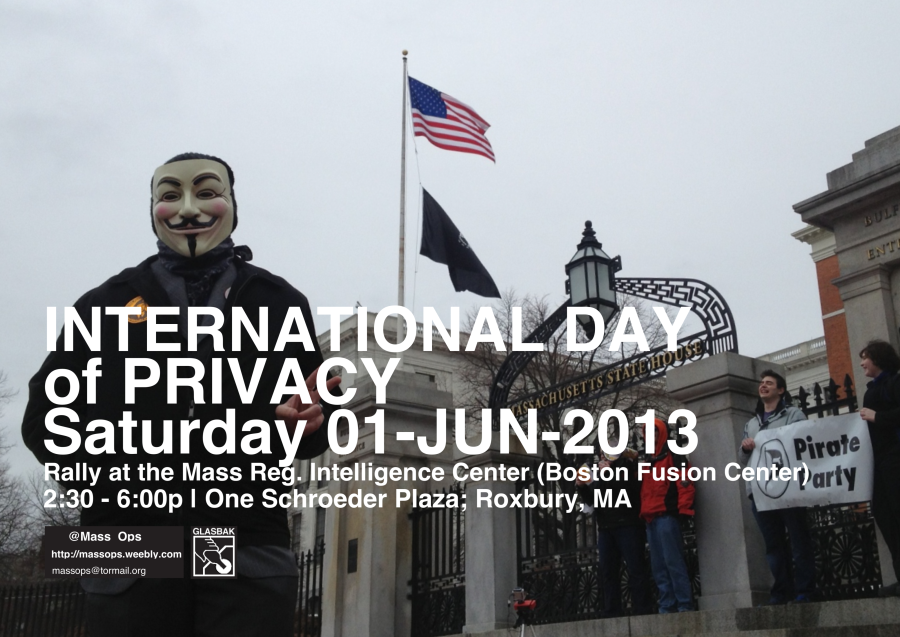